One of the magnificent natural landmarks in Turkey is Pamukkale. The area with its mineral springs and cotton-white travertines and the ruins of the ancient city of Hierapolis was included in the UNESCO World Heritage List in 1988.

Pamukkale is located in the Aegean region, 30 km north of the town of Denizli. Water jets coming from the ancient city of Hierapolis, rich in mineral salts, create bizarre, petrified, dazzling white cascades due to calcium carbonate. Water jets have carved the terraces and formed warm water pools in the depressions. 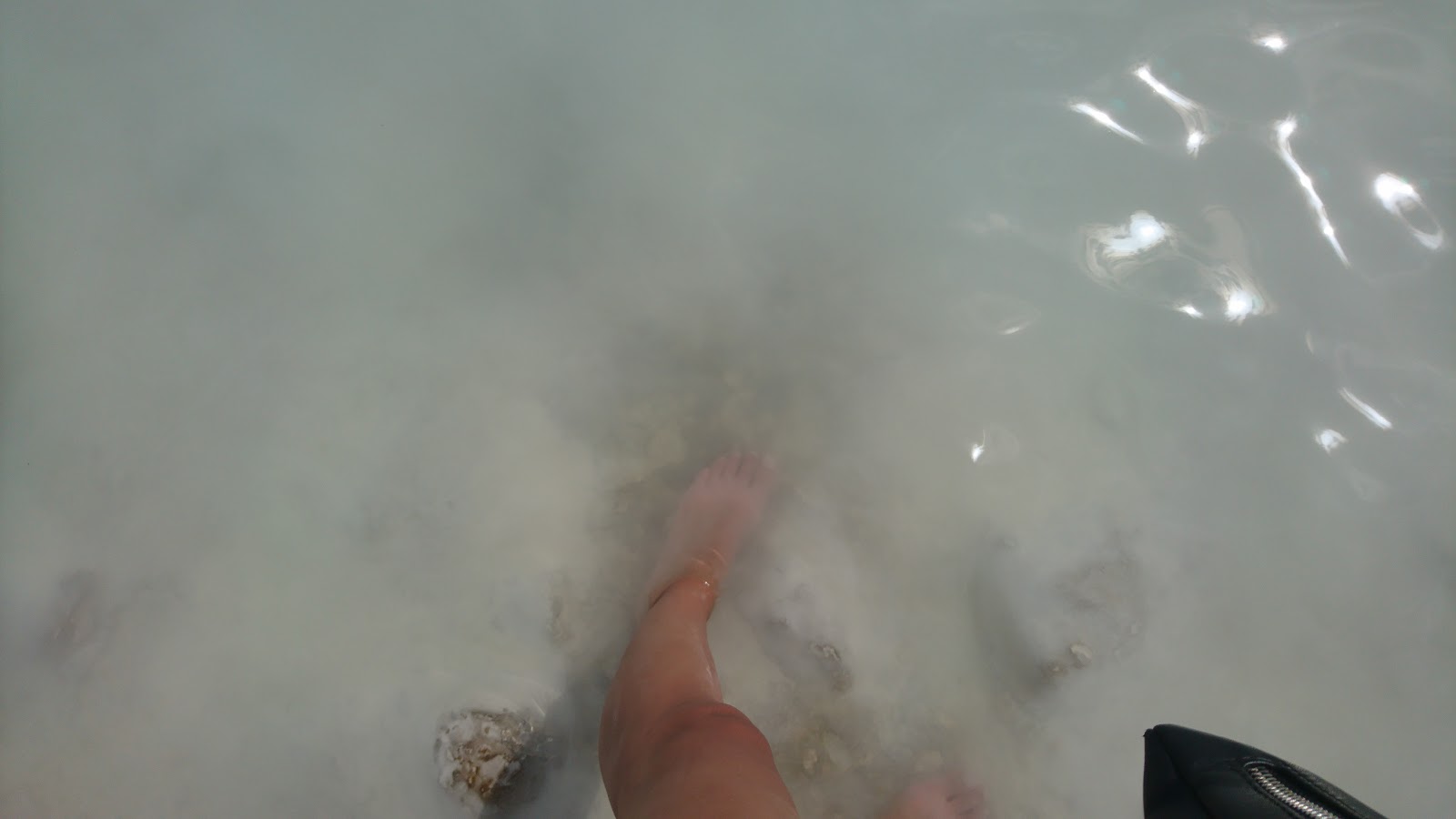 Most have a dazzling white color, but unfortunately environmental pollution affects the freshness of colors. Of course, you should also be prepared for the crowds of tourists and the short time you have if you book a trip to Pammukkale. Personally, we recommend that you rent a car and visit the place without a guide to inherit the moments and breathe in the history and legends of the place.

Nearby are the ruins of the ancient city of Hierapolis. It was founded in the 2nd century BC.

If you arrive in Pamukkale, be sure to stop in Denizli to buy the beautiful hand-woven rugs and try the local delicacies.

Here you can also visit the Roman Theater: built in the second century, the theater is in surprisingly good condition, and the 46 rows of seats with nearly 7,000 seats are still used for the International Music Festival in June.

And I leave the best part for last Cleopatra’s pool 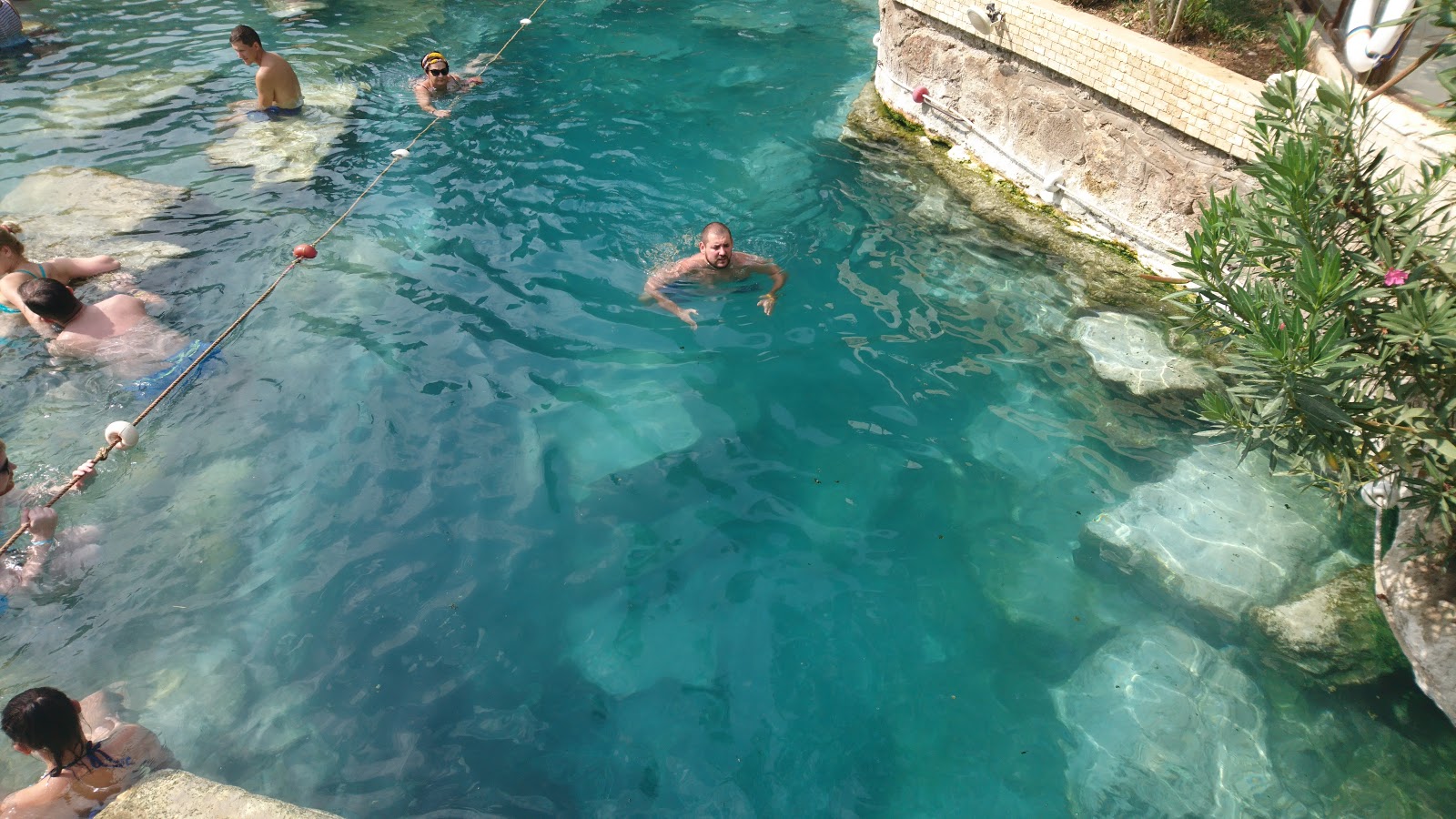 is fed by the same mineral springs as Pammukkale. You will have the opportunity to swim in the same waters in which Cleopatra, Pharaoh of Egypt, swam. Unlike the lower basins of Pammukkale, the water of the ancient pool, loved by Cleopatra, is crystal clear and slightly carbonated.

For me personally, this was the most beautiful part of Pamukkale, swimming in a pool and seeing the ruins of a building standing there hundreds of years ago was a unique experience.

The only thing I recommend for your visit there is to go as early as you can. Enjoy fabulous moments!

Аs a dog owner over the years I have encountered many problems and questions about raising my pet. Over time, I was able to distinguish the options for training and coaching. In this article I plan to give you a look at one  pet’s training system,

“The Science behind dog training system

The science behind that system of correcting bad behaviors is simple.

You may have heard of the idea of ‘neuroplasticity’ in the human brain.

It’s a well established idea researched heavily at Harvard and other leading universities.

In other words – our brains are like soft plastic – always capable of molding and changing to learn new habits and behaviors.

Well your dog’s brain is the EXACT same.

With the right mental stimulation and training… (That you will get in hersprogram) your dog’s brain will become more open and receptive to learning new information.

Your dog will listen to you and better understand what you are telling him to do.

When this happens – your dog’s bad behaviors simply fade away as more desirable ones appear in their place.

The bottom line is…

It makes perfect sense if you think about it.

A more intelligent dog has the capacity to take commands easier and understand what you need from him.

It’s the same with children really.

If a child is bored and not stimulated intellectually – they tend to misbehave and cause trouble.

Macramé is a form of textile produced using knotting  techniques.

The primary knots of macramé are the square and forms of “hitching”: various combinations of half hitches. It was long crafted by sailors, especially in elaborate or ornamental knotting forms, to cover anything from knife handles to bottles to parts of ships.

Cavandoli macramé is one variety that is used to form geometric and free-form patterns like weaving. The Cavandoli style is done mainly in a single knot, the double half-hitch knot. Reverse half hitches are sometimes used to maintain balance when working left and right halves of a balanced piece.

it can be macramé can be used to make everything from wall hanging and plant hangers to jewelry, purses, jewelry and even clothing items. Using simple materials like cotton twine, jute, hemp, or yarn, macramé can be as simple or complex as the crafter would like. it can by your perfect home décor.

10. Of course you can make it by your self . It can be one interesting DIY project

Bulgaria – a country of wonders and legends

Passing by Bulgaria do not miss to visit the Belogradchik rocks. Enjoy the unique beauty of the rock phenomena and immerse yourself in the majesty of Bulgarian nature and history!

The Belogradchik fortress is one of the best preserved in Bulgaria. It was built in the 3rd century by the Romans, who used the natural protection of the rocks. It is assumed that its foundations were laid by the Thracians. Over the centuries, the fortress “Kaleto” served the Byzantines, Bulgarians and Turks. It consists of three yards, each with the possibility of self-defense. The fortress functioned continuously until the Serbo-Bulgarian War in 1885.

Belogradchik is  painted in unique colors and shapes, full of legends and history. This small town is waiting to be discovered by everyone who appreciates and seeks the unique beauty of nature.

On the unusual rock formations you can see natural bonsai. These are centenarian pines that grow on the tops of rocks. Although they are more than 200-300 years old, they are very small. One of my favorite things in Bulgaria is that you can find a legend for every fabulous place legend Bozhan Ovchar. Its name is associated with legends… According to an old tradition, the young people of the village every year on Easter measured their courage, dexterity and strength by climbing the inaccessible walls of the rock. These were the first mountaineering sports events in this area in the distant past. On top of the rock is overgrown with ancient pines, under the shade of which spent the holiday all who have successfully climbed to the top. They spent the day singing, eating and drinking. Whoever stepped on the rock first proclaimed himself voivode and had the right to choose the most beautiful girl from the village as his wife.

Bozhan was a poor shepherd and his heart had longed for the beautiful girl Elka. It was not beauty, but magical beauty. Her milky white face, crimson eyes, and blond hair, which tangled like two dragons behind her, drove every youthful heart mad. That day, when Bojan was the first to climb the rock, he learned with sadness that Elka had been snatched from the seizures of the farm bay. From then on, for fun, he climbed the sheep one by one up the rock, where there was fat grazing and from where the chertoses of the Bay farm could be seen. There he inflated the copper flute and the pitiful sounds addressed to his beloved Elka resounded throughout the neighborhood. His variegated whirlwind ram always revolved around him, as if to share his grief. He pushed the shepherd’s tassel bag, and Bozhan broke off his bread and gave it to the ram, felt sorry for him on his strong back, spoke to him like a man. One day, as he was obsessed with playing, Bojan did not pay enough attention to his pet, who pushed him several times. Then the ram, out of jealousy or resentment, pulled aside, stepped up, and pushed the shepherd standing at the end of the precipice. Bojan flew down, and with him the ram. The sheep that grazed meekly around, frightened and true to their innate instinct for protection, one after the other, like a waterfall, jumped after the ram and their favorite shepherd. In the morning, people found Bojan and his sheep dead under the rock, and his honey flute – faded – stood broken to the side.

In 2007 the Belogradchik Rocks were nominated in the competition “The New Seven Wonders of the World”. Although not selected, they reached the penultimate nomination and ranked among the top 77 natural sites (out of a total of 261 participants). More than 6.5 million people from all over the world voted for the native rock phenomenon

That is the craft of arranging aquatic plants, as well as rocks, stones, cavework, or driftwood, in an aesthetically pleasing manner within an aquarium—in effect, gardening under water. Aquascape designs include a number of distinct styles, including the garden-like Dutch style and the Japanese-inspired nature style. Typically, an aquascape houses fish as well as plants, although it is possible to create an aquascape with plants only, or with rockwork or other hardscape and no plants.

Aquascape is the craft of arranging aquatic plants, as well as rocks, stones, cavework, or driftwood, in an aesthetically pleasing manner within an aquarium—in effect, gardening under water. Aquascape designs include a number of distinct styles, including the garden-like Dutch style and the Japanese-inspired nature style. Typically, an aquascape houses fish as well as plants, although it is possible to create an aquascape with plants only, or with rockwork or other hardscape and no plants.

Included in these books are :

Made from waterproof stainless-steel material, anti-rust, so does not pollute the living environment of aquatic animals, and has a black protective cover, which is easy to store after use.